Contact Us Now to Build Unique LED Facade on Your Building!

Our Process begins with your vision of creating unique experience for your architectures and large events.  3CINNO provides one-of-a-kind media mesh facade solution with the top quality LED Mesh display and media facade elements to engage your audience.

For media facade project, there will always be something special to ask for because every facade or application location is uniqueness. As leading media mesh manufacturer, 3CINNO is devoted to designing fully customizable LED facade solutions for each and every customer. Our highly qualified team will work with you to provide the most ideal LED facade solution which is specifically to meet your needs. The custom LED media mesh solution can deliver the performance you need to optimize your projects and bring your vision to reality.

We have different stable and creative media facade products ranging from P6 led media tube to flexible 25~200mm outdoor led media mesh and other creative configurations.  As leading media mesh manufacturer, 3CINNO keep developing new mesh products that revolutionize the industry and open new doors to engagement. Seamlessly working with consultants, designers, engineers and architects to come up with most suitable media mesh products for the environment is our specialty.

Customer brand experience is always the forefront of our core principle, and we are looking more broadly at the overall brand experience, which is impacting audience loyalty. 3CINNO's LED media experts not only transcend and replace traditional LED products, but offer clients an entirely novel and impactful way to use LED digital wall technology. We bring an innovative LED facade product, superb quality, world-class service, distinguished technical support and inspiring ideas that tell your brand story.

The below cases have been finsihed sucessfully by our experienced team,  and the following projects will be guaranteed by our expertise as well!

Our skilled workers together with SMT and other semi-automatic machines produced durable led media mesh and media strips. 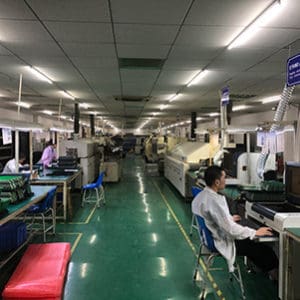 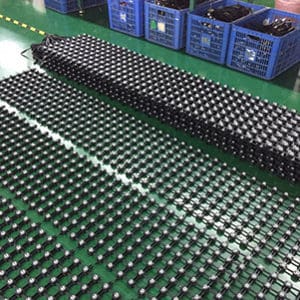 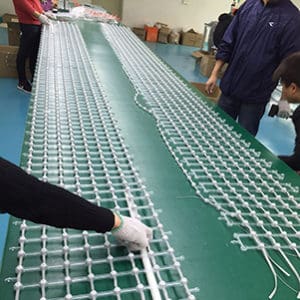 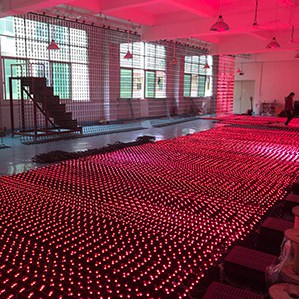 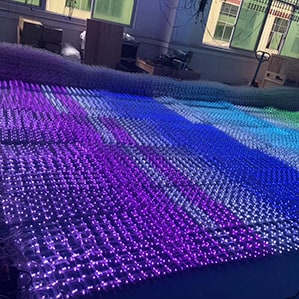 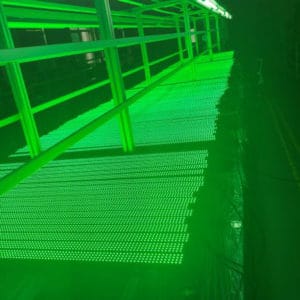 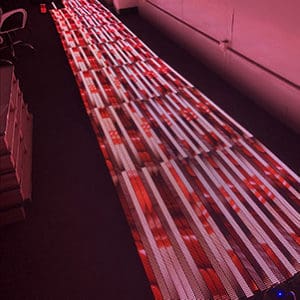 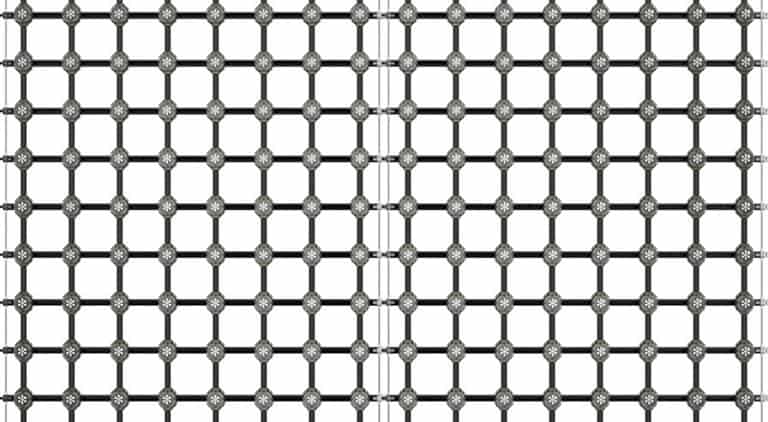 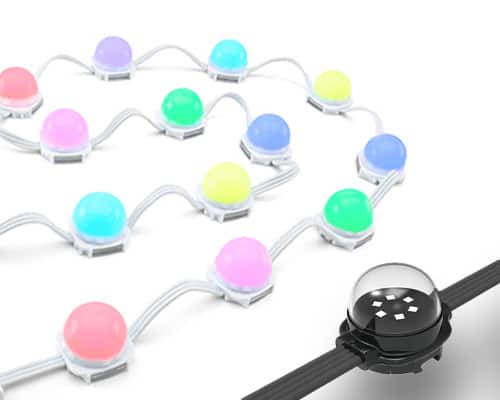 Wall-mounted with clip or Fixed on aluminium slot 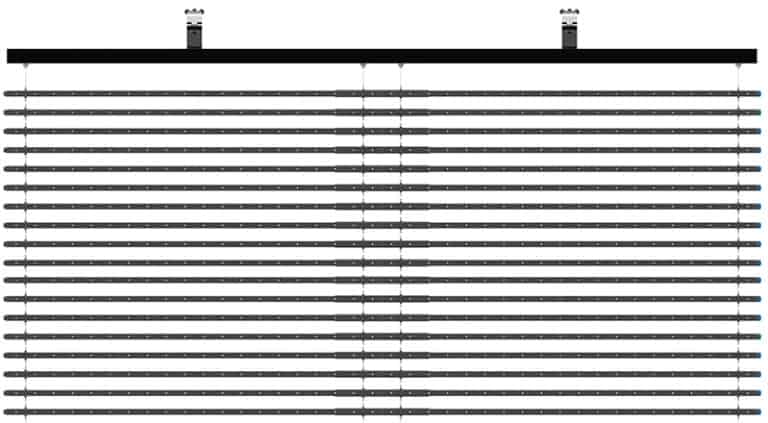 For large-scale media  on building facade 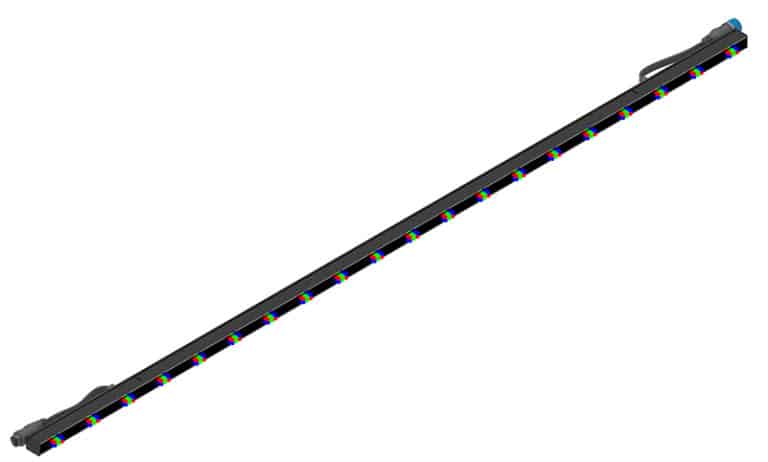 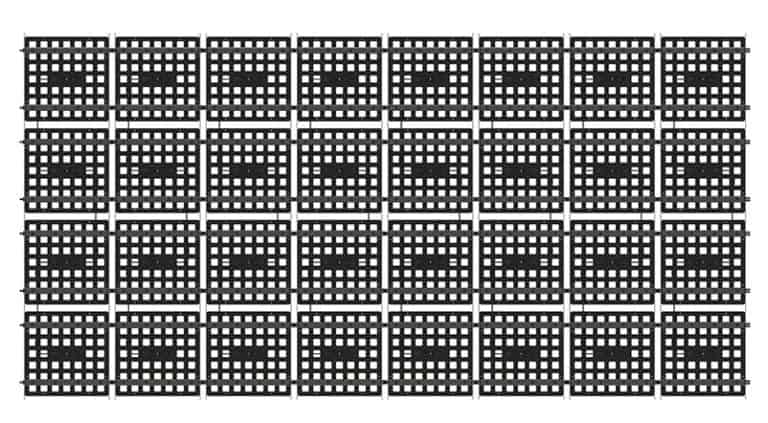 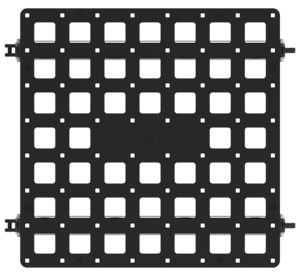 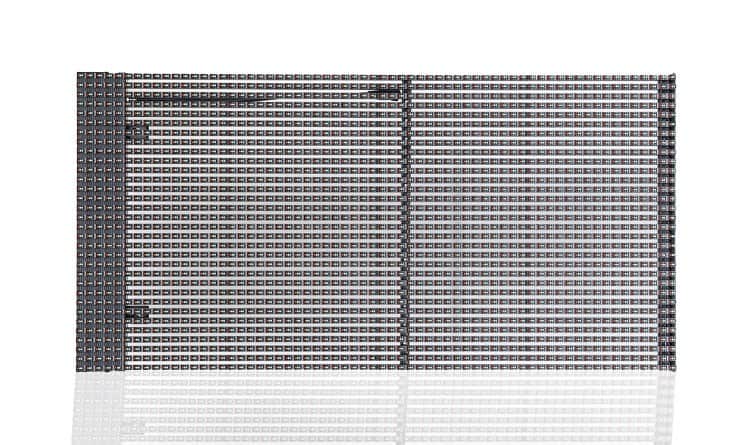 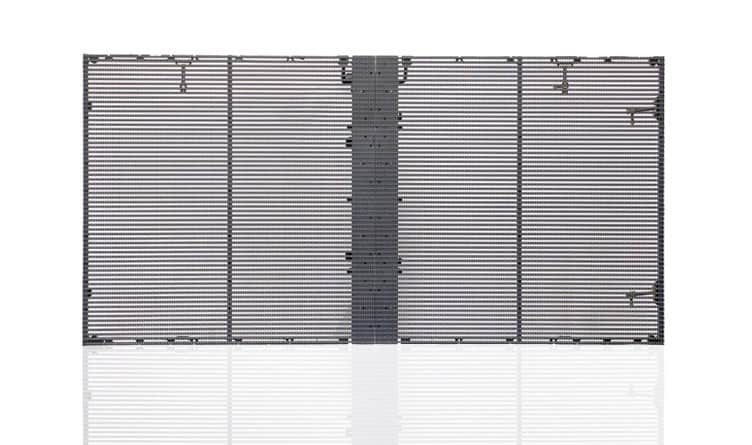 For media facade inside building but watched from outside

Answers to some main questions related to the media mesh facade!

We respect all the questions from the designers and architects about media mesh facade.

How to make a thousand square meters media screen on the building facade, but without rebuilding or damaging the facade ?

When come to make a large-scale led screen on a building facade, at first you may think of the normal led cabinet screen.

But with normal screen, you need build a huge and complex steel structure to hold it. That is unavoidable to redesign and rebuild the existing facade, probably make some damage . It is absolutely unacceptable for some iconic structures , especially for the the ancient buildings!

Thanks to its ultra-lightweight and super-slim, the led media mesh is very suitable to cover a huge facade!

Furthermore, the high transparency media mesh doesn’t block the sunlight and the view for both inside and outside people. It creates a second skin of that building.

You may worry the low resolution!  However, for so far away viewing distance usually around 100meters or longer, the led mesh screen is good enough. As one-of-a-kind media facade solution, it can wonderfully present any video, animation, picture and text.

How to use media mesh facade solution to highlight the architecture details?

At first, we can not let any media facade solutions to diminish the characteristics of architecture!

To do this, we should seamlessly integrate the led facade with the architecture. Our media mesh can be not only easily customized to cover irregular shape, but also be able to provide led elements for kinds of situations.

We can wrap the curve surface with soft media mesh. We can also tailor-make the mesh screen dimensions for the special area.

Is it possible to cover the whole building with one more layer mesh screen over the lighting?

You may have decorated your building with normal lighting fixtures like wall-washer or flood lights.

Now you want the building facade to play detailed images or even advertising contents, not just some changing colors.

The transaprent led mesh could be used to overlap the previous facade lighting and be even interactive with the lighting layer.

It is the trend to make the architecture tell stories. In this way, the led facade solution can reallly create the icon for the city!

Is it possible to use one more type media mesh screens? But need fully integrate into the original archtecture aesthetics, and ensure visual uniformity for all areas.

The modern building is grand that has many concepts to deliver to the audience.

But for some situation, you want to buld a huge digital wall on the entire fadcade or different areas.

And of course, you want a minimum investment but best outcome for so large-scale digital wall.

What we can do?

We can use several types media mesh screens on different areas. Multiple mesh screen can not only work independently, but also work together to play same theme.

For example, on the top of building, you can use bigger pitch mesh to display logo or some simple animations for longer distance viewing. And on the lower position, you use higher resolution media mesh for closer viewing.   Or you play the high definition video contents on the middle, but simple contents on the sides of building.

Some architecture is geometrically complex like a ball or a fish.

It is available to wrap up the three-dimensional structure faces with flexible RGB LED pixel strings.

By adopting advanced pixel mapping software and power controller, it is easy to control and play 3D animation !

Each pixel in the LED string is working independently that will not influence others even when someone is dead.

Why to build the media mesh facade for an important event?

Above we talked a lot about media facade solution for building or structure!

They are all permanent installation!

Nevertheless, some big events also like to use media mesh screen!

Firstly, it is faster and easier to build hundreds of square meters media mesh screens on a huge field than the normal rental screen!

Beause it is extremely flexible, slim and lightweight !

Secondly, it’s also easy to dismantle and pack all after events for a thousand square meters led mesh screen!

“During the installation, the flex led mesh system went together very easily, and as far as control, we come straight out of a computer, into the master unit, and then to the slave controllers in a very simple process. It’s completely changed the experience for media facade.”
Marty Pardo
Senior Systems Engineer
“3CINNO was the perfect choice for us based on custom design, capable to deliver any content anywhere, and they were so great to work with”
Sloan Reany
Digital Media Executive

Enter your name and email to get the right media facade solution!

Wanna get a price estimation of your big led mesh screen?  Contact us today!